Farmers' protest: MHA extends RAF's stay in UP till February 26

till February 26 due to farmers' agitation to maintain law and order in Uttar Pradesh.
The

is organising Kisan Panchayats in 28 districts of Western Uttar Pradesh to raise a voice against the farm laws and to support farmers' demand to repeal them. Party general secretary Priyanka Gandhi Vadra will hold Kisan panchayat in UP's Mathura on Tuesday.
Farmers have been protesting at the different borders of the national capital since November last year, against the three newly enacted farm laws - Farmers' Produce Trade and Commerce (Promotion and Facilitation) Act, 2020; the Farmers Empowerment and Protection) Agreement on Price Assurance and farm Services Act 2020 and the Essential Commodities (Amendment) Act, 2020.
The Central government had offered to put the farm laws "on hold" for 12-18 months, an offer rejected by the farmers' unions protesting against the laws.
Several rounds of talks have been held with farmers over their demand for the repeal of three new laws against which farmers have been protesting at Delhi borders for nearly three months.

Vehicle near Ambani's house: Autopsy report reserves opinion on cause of Hiren's death

BJP MP Pragya Thakur flown down to Mumbai from Bhopal, admitted to hospital 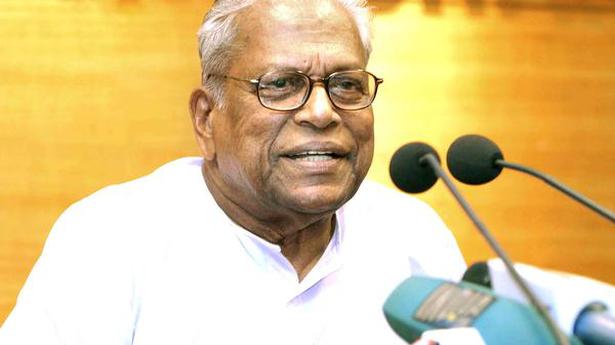