Decades ago, soon after India turned independent, a particular kind of upbringing meant that you should have read at least some of the classics –and that meant

, Sophocles, Plato, Aristotle et al — by age 18. If so inclined, philosophical instruction in one’s “formative years,” meant going beyond the masters and keeping up to date via Humphreys on Buddhism, Carpenter on Christianity ... and yes, Rajagopalachari –a former home minister of India who also wrote a book on Marcus Aurelius — on the “Mahabharata” and the “Bhagavad Gita” (as spelled by the publishers seventy years ago). None of this was pretentious, obtuse or complicated – but was considered, more or less, an essential part of a new “universe for the ages”. Created in the bubble that was the old Indian elite, where grandmothers had French governesses, fathers were part of mysterious entities like the Masonic Lodge, and the ladies bonded over Hindustani classical music and canapes in their French chiffons in the sultry heat of a Delhi garden.
Then, as the British influence waned, a robust new Indian identity was born. From the self-assured young nation-in-the-making of the Mera joota hai Japani, yeh patloon Inglistani, sar pe lal topi Russi ... phir bhi dil hai Hindustani days of the 1950s and all it entailed — to a new generation schooled in Oxbridge, Ivy League colleges or their excellent local variants which led business, academia, governance, social and corporate life in the 60s and 70s. They went on to become global Indian citizens expanding businesses in new geographies, or strengthening the pillars of a newly developing country, or emigrating to new frontiers, or reviving Indian crafts and transforming textiles that could be worn with flair in France itself. Equally at home maintaining establishments in three continents or learning from the family cooks who experimented with new world orders that moved with the times — from shepherd’s pie and caramel custard to chicken stroganoff or baked Alaska in the confines of their traditional Indian kitchens ...
Their offspring, fortunate enough to start careers in the many new industries that a newly liberalized India spawned in the late 80s-early 90s, were equally at home working in Peru or Patna, incubating new businesses from civil aviation to IT to telecom, and bringing back the everyday brands — from Coke to Marmite and a hundred others –so familiar to their parents which had been forced to exit India in one of its more difficult periods. They led new narratives—from ground-up socio-political subaltern studies that took over the political ferment of Indian universities after the collapse of the Berlin Wall, to new kinds of culture —indie music, alternative films, new age literature, rainbow relationships, bonds and identities — which wove in global strands with the warp and weft of Indian tradition and sensibilities. Foreign presence including corporates and cultural centers –India, and especially Delhi, had a very high number of Alliance Française institutes, for instance – flocked to India and an exciting new quasi-global India took shape in the next thirty years or so. Nothing exemplifies this better than food: From the ubiquitous paneer topped pizza in the malls sprouting up even in smaller cities — to the Marwari wedding with nothing less than nine global cuisines by chefs flown in from abroad (and no Marwari food!).
This cultural country — yet another transition from the old elite of their great grandparents during the Raj— has not just endured, but strengthened into a more broad-based, democratic, mass in the very broad strokes as described above, generation by generation across almost seventy five years of Independent India.
Today, it is a new age universe in its own right, encased in an enlarged bubble –which incidentally, has so conveniently come into its own in Covid-19 times. Over the last year, we have had virtual Sunday family sessions of Indians across the globe where the kids talk in Mandarin (which has become the new French), exchange notes on their last holidays in Goa or Geneva, wear the same high street clothes whether in upmarket Delhi or Upper East Side Manhattan (or their many virtual variants in the length and breadth of the subcontinent). They’ve bought new record players to play their grandparents’ scratched Bach, Brahms, Bismillah and Beatles records, some have learnt Sanskrit, and others are taking Greek classes –for both the language and the food.
All our families, our wider worlds, our universal world views, living in these virtual First World bubbles. Readers of The Times of India nation, then, that is yet one more facet of India: Citizens of a cultural nation (versus a political nation) in itself that spans the globe — who are not mired in a single “mother tongue”, or moored in a particular geography or moved by any one socio-cultural milieu. A horizontal country, not a vertical one, where a free flowing ecstasy of ideas is our world, untrammeled by the constraints of statist ideologies or “isms.” Where you can make your own elective choices, create your own nation, sitting where you are, caught up in the pages of The Times of India –physically in India. Or digitally, anywhere across the world ... 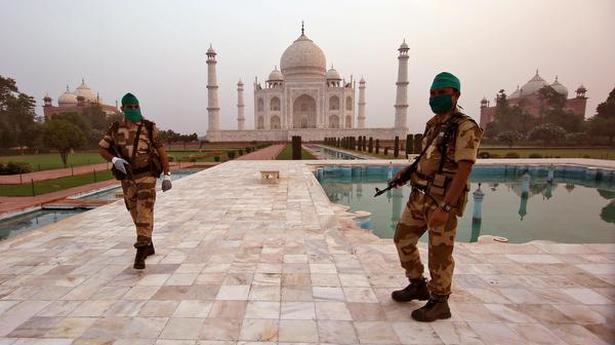 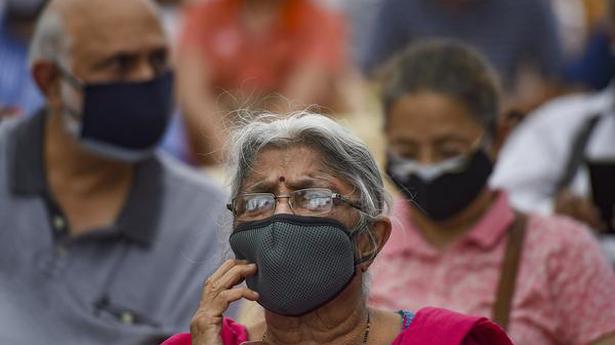 'We are not vaccinating our own people': What Delhi HC said on Covid-19 vaccines

Killings along India-Bangladesh border because of crime: Jaishankar

Content on Demand service in trains to be launched this month: Official